Christianity Without The Baloney 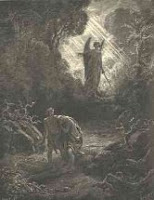 I have become increasingly cynical about all the letters to editors from atheists and others who charge Christians with being superstitious. Whilst there may well be some who fit into that category, the ratio pf Christians must be similar or rather less than the ordinary population. Look at any popular magazine - even newspaper – to see how much information there is offered about horoscopes and suchlike silliness.

The real question comes down to the matter of what is the focus of Hebrew-Christian Faith? And the answer dissolves the antagonists’ challenge. The fascinating reality of the Faith is that it emerged over millennia from observations of life, experience and relationships. And the stories that are evident, especially in the Old Testament, are designed, not for people to believe in, but rather to understand what is being offered to see if it does not match their own experience. It is hardly even religion! It is certainly not superstition. It is contextual and experiential.

So what were the issues being questioned by those old Creation Stories. Stemming from the observation that life was meant to be creative and worthwhile, that there could only be one God, not mobs, was the reality that rather too often, the opposite is the case. Life can be brutal and hurtful. And the question is ‘from whence comes such hurt?’ The stunning answer that the old story-tellers/ prophets came up with is that humans are the ones responsible. Not for all the mess, but a pretty solid proportion of it. The Adam and Eve thing. Here is no history lesson, but a description of what tends to go on inside of me when I determine to be boss of the universe, or even a small part of it. ‘You shall be like gods’ is the challenge, and sin – if you can face that ‘religious’ word, - consists of my (and your!) capacity to determine to make you fit my pattern. That first generation of the story was followed up by the Cain and Abel saga – if I go far enough I will eliminate you from the scene and cover up my destruction of you.

So what does this ancient Hebrew-Christian Faith go on to develop? Do not get led astray by the old stories of mayhem and destruction said to have been ordered by God. Like scientific evolution, this understanding of life and its vicissitudes had – and still does have – numbers of ups and downs as the truth is searched for. (I have long wondered why so many Christians still seem to have difficulty with evolution, as each and every one of us has moved on from where they were as two little specks of nothing that met at the right time in the right place. Even physically and intellectually, I am not what I once was – and if, very sadly, - I happen to have remained at an undeveloped state, that is tragedy and not the way it should be.)

Search the Scriptures and see how much of the faith has nothing to do with ‘believing,’ – and certainly nothing to do with believing the incredible. It has everything to do with such ancient and invariable matters as justice and truth and integrity. Read those old prophets of the Jewish faith, and listen to their drum. In fact, both Old Testament and New Testament prophets – John’s Revelation in particular – have nothing to do with ‘end of the world’ scenarios, and everything to do with the challenge to live in service of others, fairness to others, compassion for others. And Guess Who was just as strong hot on the subject – and even more so. Not only did Jesus talk about such an approach to life, He lived it, at great cost to Himself. So when I put me before you, then I am denying the most significant faith in the world. And there is not a lot of religion in that! It has far more to do with being what we Aussies call ‘fair dinkum.’

The real irony for me is that in friendly debates with some strong atheists I have encountered over the years – and there have been quite a few – is that when we get down to the nitty-gritty and I point out the issues above, they have been rather surprised to find that we have been on somewhat the same side. The fact that there have been both past and recent incidents of Christian adherents failing in their loyalty and truth simply underlines the Biblical emphasis on the capacity of we humans to collapse under the strain of being faithful. On that, none of us are immune.