Arguments For the Existence of God 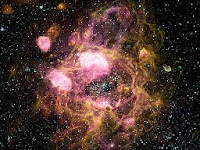 The arguments for the existence of God, whether you think they are weak or persuasive, express nothing of the living relationship with God that precedes them. They are not meant suddenly to bring people from a state of disbelief to belief. But they are meant to offer some explanation for the possibility of belief, when correctly understood.

Generally speaking arguments for the existence of God look at everything as a whole, and then ask questions about this whole. So they look at all the elements and interconnections, processes and events of the world (and cosmos) and ask if there is a way of making sense of them all as a single whole. Atheism thinks that this is an unnecessary step because the different parts make sense in themselves. There is no reason to try and make sense of the whole as a unit, so to speak.

The problem for atheism is that most people intuit that it is a reasonable thing to ask questions about the whole thing as a whole, as though there is a reason behind the whole. And this intuition has been aided by the trend of modern science to advance a theory of a 'first event' like a big bang as the beginning of the universe. (Not that the Big Bang is the moment of creation, but the Big Bang as suggestive of an origin, and therefore asking questions of the whole.)

As I understand it we know that everything in the universe is essentially energy; energy moving from one arrangement of energy to another, more complex, less complex, etc. Everything is dynamic, moving, with nothing so basic that it doesn't change and mute into another configuration of energy at some point. So everything is moving, and indeed, at the smallest levels randomly, yet at the higher levels of order predictably. Why? Why doesn't everything at some point just collapse into randomness. A little bit out, then a little more out, etc, until the whole thing collapses into meaninglessness?

People have wondered, and continue to wonder about what holds the whole together, what makes this a universe, a single whole of underlying unity and, therefore, of meaning. Some people think that we should not ask these questions. Most people do sometime in their life, and even if they think there is no meaning they will still act as though there is.

Take the argument for the existence of God that says there must be a start to all the causes in the universe. Many people then say that there must have been a start to God, which means that God isn't God, and so forth. Which isn't the point. The idea is to stretch our imaginations. God is not one thing amongst many. God is not one cause among others. God is a fullness complete within Godself. Not like anything else in the world. That takes imagination to think about. It stretches us beyond what is usual and normal to see below the surface, and to do so in a way that does not imprison us in our current way of thinking. In this conception of God and creation God is not one more linear cause, but the underlying cause or reason for all causes, for everything that is, an underlying fullness and completeness guaranteeing the order and sensibleness (rationality) of all that is.
Posted by Warren Huffa